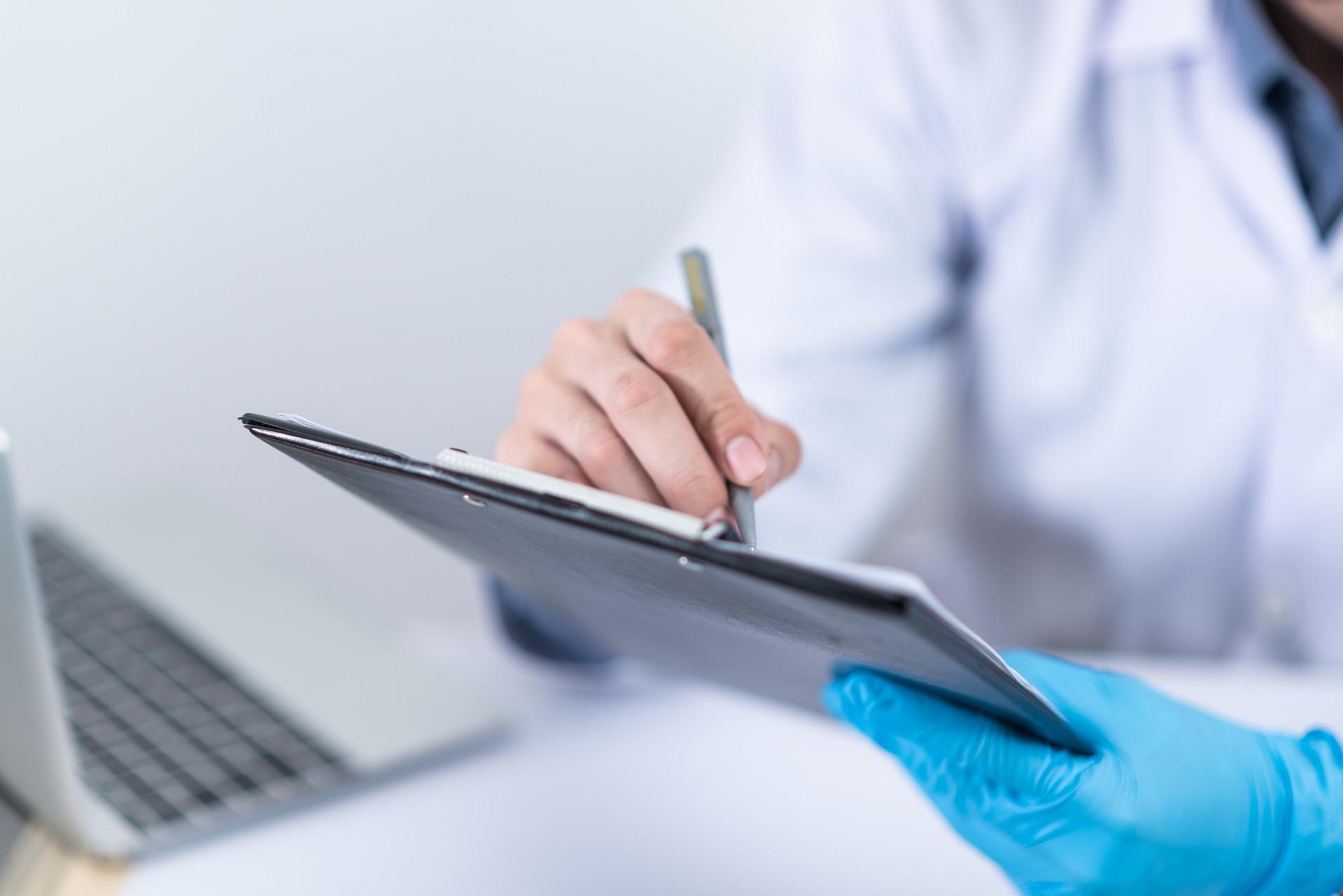 This examination covers a wide range of topics, including the evaluation of reflexes and nerve function as well as motor and sensory skills, balance and coordination, mental state (the child's level of awareness and interaction with the environment), and balance and coordination. A neurologist will perform a thorough examination, which will evaluate a person's speech, environment awareness, balance, motor function (including walking speed, muscular strength, and tone), sensation, reflexes, coordination, and the 12 cranial nerves of the brain.

Despite the fact that doctors can frequently spot developmental issues in children before that age, the majority of autistic children are not diagnosed until beyond age 3. It's crucial to seek for these signs when a child is as young as possible because research has shown that early detection and intervention considerably enhance outcomes.

You are your child's best teacher, as a parent. Talk to your kid's doctor and express your worries if your child is not developing normally for his or her age or if you suspect there may be something wrong with the way your child plays, learns, speaks, acts, or moves. Stop waiting.When a kid does not mature to one of these stages by the anticipated age, the problem is referred to as a delayed milestone, often known as developmental delays. However, a wide range of ages can typically be regarded as normal and without raising any medical issues.

Simple febrile seizures are not indicative of a more serious underlying disease in your child and do not result in brain damage, intellectual incapacity, or learning problems. Epilepsy is not indicated by febrile seizures, which are induced seizures. Young children may experience febrile seizures, which are convulsions or seizures brought on by a fever. Common paediatric ailments like a cold, the flu, or an ear infection may come with a fever. A child's temperature may not have been present at the time of the seizure in certain situations, but it may appear a few hours later.

Although Cerebral Palsy is not a genetic disease, researchers have found that some hereditary traits can increase a person's risk of developing the disorder. Cerebral palsy is not directly caused by a particular genetic condition, however genetic influences can have minor impacts on several genes. The investigation specifically found two genes, FBXO31 and RHOB, whose mutations alone are sufficient to cause cerebral palsy. Numerous additional genes with mutations were only found in the cerebral palsy patient, indicating that they developed at random, while others were inherited from both parents.

Movement, coordination, and developmental issues are the main signs and symptoms of cerebral palsy. Delays in a child's ability to attain developmental milestones, such as failing to sit by 8 months or walk by 18 months, are possible indicators. appearing excessively rigid or floppy (hypotonia). Despite the fact that cerebral palsy symptoms typically manifest in the first few months of birth, many kids are not identified until they are two or older. Developmental deficits are often considered to be early indicators of cerebral palsy1,2. The child takes a while to accomplish developmental milestones like rolling over, sitting, crawling, and walking.

The condition cerebral palsy is incurable. However, there are numerous therapeutic choices that can help your child operate better on a regular basis. While cerebral palsy cannot be cured, it can be controlled. The diagnosis need not be life-threatening only because there is currently no cure.

Spasticity is typically brought on by harm or disruption to the brain and spinal cord region in charge of regulating muscle and stretch responses. These disturbances may result from an imbalance between the inhibitory and excitatory impulses that are given to the muscles, which causes the muscles to contract. Damage to the spinal cord's or brain's nerve pathways is frequently the root cause of spasticity. The neurological disorders spinal cord injury, multiple sclerosis, cerebral palsy, stroke, brain or head trauma, amyotrophic lateral sclerosis, and inherited spastic paraplegias may also present with this symptom.

The field of medicine known as pediatric neurology is dedicated to identifying and treating disorders of the neurological system in newborns and young children. Our specialists are known for treating disorders of the brain, the peripheral and autonomic nervous systems, the spinal cord, muscles, and blood vessels since they have more than a decade of experience and expertise in handling such patients.

Neurological conditions can include everything from seizures to autism and brain tumors. NeuroKidsDoc is one of the top hospitals in Dubai for meeting all needs because it offers complete care for all neurological diseases.

Our culture is evolving more and more toward having access to everything around-the-clock and receiving prompt responses from everyone. Likewise, healthcare is not an exception. As a result, medical offices have distinct after-hours phone policies. Knowing them can help you avoid a lot of frustration. If you have severe symptoms, visit the emergency department. Don't worry about non-clinical issues until the morning. Before you answer the phone, get ready for the call. Never presume the doctor is familiar with your medical history.

A very common and annoying symptom is tingling in the hands, feet, or both. Sometimes this feeling is harmless and just lasts a short time. For instance, it might be brought on by pressure on nerves while you're dozing off if your arm is twisted underneath your head. Alternatively, it could result from prolonged leg crossing that puts pressure on the nerves. In either situation, relieving the pressure that generated the "pins and needles" effect quickly stops the typically painless "pins and needles" sensation.

However, tingling in the hands, feet, or both can frequently be strong, intermittent, or persistent. Other symptoms including discomfort, itching, numbness, and muscular atrophy may also accompany it.

Hand tremors are sometimes known as trembling hands. Even though a hand tremor by itself is not dangerous, it can make going about regular duties challenging. Additionally, it may be a precursor to various neurological and degenerative disorders. Adults who experience essential tremor, a disorder that doctors are still trying to fully understand, are more likely to shake their hands. Consult your doctor if you have hand tremors.

Not every person with trembling hands needs medical attention. However, if your doctor thinks you're a good candidate, they can start by prescribing medicine. Blood sugar fuels the function of your nerves and muscles. They tell your hands to shake if they don't get enough. Diabetes, some drugs, drinking too much alcohol, or eating insufficiently can all lead to low blood sugar.

Bipolar disorder can affect youngsters. Bipolar disorder can affect kids of any age, however it is typically diagnosed in older kids and teenagers. Like in adults, children with bipolar disorder can experience mood swings that range from the highs of mania-like exhilaration to the lows of severe sadness. Emotional turmoil and wild behaviour are common during childhood and adolescence, and they typically don't indicate a mental health issue that needs to be treated. Every child experience difficult times; it's common to occasionally feel depressed, agitated, furious, hyperactive, or rebellious. It might not just be a phase, though, if your child's symptoms are severe, persistent, or causing serious issues. Symptoms of bipolar illness in children appear in discrete bouts. Children revert to their typical behavior and mood in between these bouts.

Keep in mind that a variety of other developmental diseases, including as attention- deficit/hyperactivity disorder (ADHD), oppositional defiant disorder, conduct disorder, anxiety disorders, and major depression, create symptoms that resemble those of bipolar disorder. Due to the fact that bipolar illness frequently co-occurs with these and other mental health problems, diagnosis can be difficult.